Rupert Grint Quote: “Ron was always my favorite character, because I feel like I relate to him, like we've both got red hair, we both like sweets, we've both got lots of brothers and sisters.”

Rupert Grint is one of those rare actors who can express a multitude of emotions with just a look.

Although relatively inexperienced in terms of sheer volume of work this doesn't mean Grint hasn't absorbed a great deal as he's been involved with the Harry Potter series.

Some would say he couldn't help being that good with the calibre of actor that has surrounded him over the life of Harry Potter but I beg to differ.

He seems to have an innate sense of comedic timing and never seems to "overplay his hand" as it were.

This was evident even way back in the Chamber of Secrets....

"Follow the spiders! Why couldn't it have been follow the butterflies?", with that look of great displeasure on his face.

If you were in the theatre at the time of the movies' release I'll bet you that scene got a great laugh no matter where in the world you were.

It's not just what he says, however, but how he says it.

He's often the "funny straight man" for want of a better term.

He lightens the mood when it needs it but he also brings believability and an authentic voice to many scenes which makes us go along with the story more and thus get pulled in to the story even further.

Even those off-hand remarks like..."It's a creepy shop, he's a creepy bloke..." when talking about Malfoy being sighted on Borgin and Burkes makes us convinced of its probability, even though we know that's not the whole story.

And who can forget his wonderful portrayal as a love-mad wretch looking at the moon and pinning for his "love" - Romilda Vane.

His eyes 'said' it all as his body language and general demeanour affirmed his condition.

That is harder than you think to pull off, especially when you have all those cameras and film people in the background making noise and carrying on.

I think it's a mark of a great actor and I think Grint is probably underestimated, even now.

O.K. he may not be in the Johnny Depp class just yet but he's not doing too badly.

I often am amazed by the way Johnny Depp can portray an emotion with just a look or a subtle movement of his face.

I'm not easily impressed but I really thought that "love-sick" scene that Grint pulled off in the Half Blood Prince was very impressive.

It's not just me either.

Grint, like Emma Watson has been nominated, or received quite a few prestigious awards over the last ten years.

Here's a little graphic from Wikipedia that shows those awards and nominations...

He hasn't done too badly with the paid critics either.

Here's part of a review he received for "Driving Lessons" in 2006 by Ruthe Stein of San Francisco Chronicle...

"Each of the leads in "Driving Lessons'' has something to prove. Rupert Grint's challenge is to make audiences forget his big- screen persona as Harry Potter's wizardly pal Ron and accept him as Ben, an ordinary rebellious British bloke...With the aid of a charmingly offbeat story and a jolly good dialect coach, the stars leave you thinking, well done. Their spirited performances help cover up glaring holes in the plot..."

Here's a video of Rupert grint talking to Regis and Kelly in July of 2011... 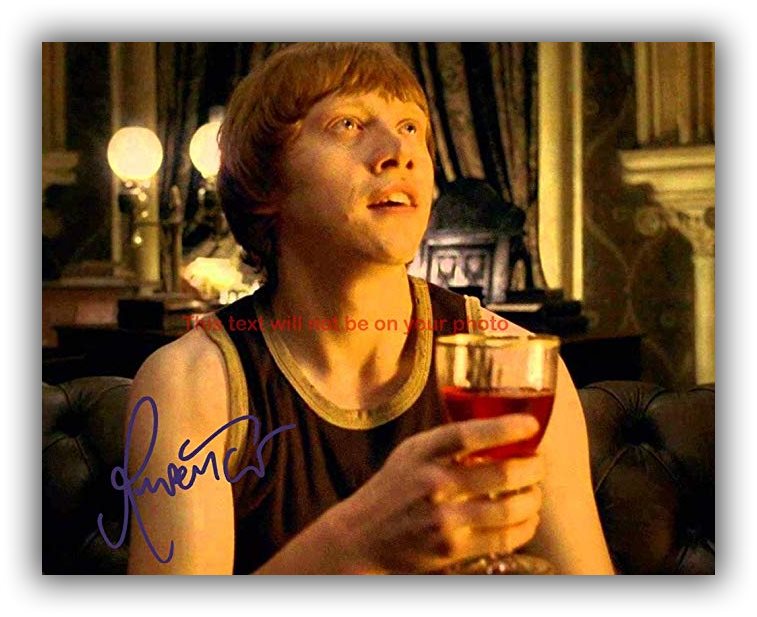 Additionally, in a critique of Harry Potter and The Deathly Hallows Part 2, the Baltimore Magazine said...

"I’ve talked many times about the film’s remarkable casting directors, but I’m still in awe of their prescience.

How could they have known that Emma Watson would blossom into such a keen beauty?

That Rupert Grint would become such a sturdily lovable comic foil?

That Daniel Radcliffe would be able to hold the series together with his old soul and slightly tormented gaze?"

Overall, Grint has continued to improve from movie to movie and I predict we'll see him in more complex roles as he continues to mature. I for one will watch with anticipation!