Hogwarts Quote: "Help will always be given at Hogwarts to those who ask for it." - Albus Dumbledore in 'Harry Potter and The Chamber of Secrets', by J.K. Rowling

When you sight those spires, and hear that magic music you know you're 'home'.

I suppose it'll always feel like that even though it was destroyed and actually, doesn't really exist at all! ):

But what does reality matter to people like us, eh?

From the time Harry Potter and his new friends see the castle from the boats with Hagrid their (and our) breath is taken away.

Throughout the books and movies it always feels good when Hogwarts itself plays a central part in the action or location. 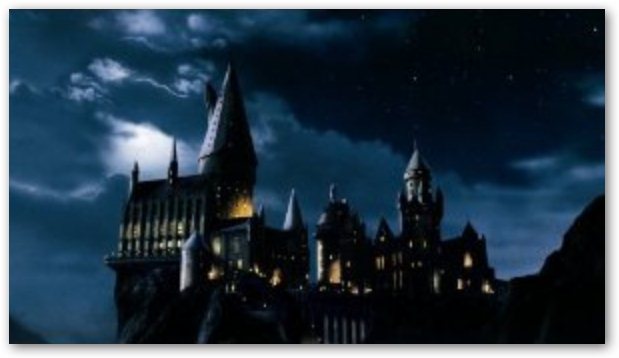 Actually, Stuart Craig, the set production designer throughout the movie series, wasn't really happy with how the castle was portrayed in the first movie.

He initially felt that terrible bolt of fear in the pit of his stomach on hearing he had got the job of set designer on the Harry Potter movies.

But that fear turned to dread when he realized there wasn't really enough time to faithfully re-create what the castle was like in the books.

I personally thought he did a fantastic job on the first movie but you do notice the castle change over the series as Craig becomes more at ease with his very difficult task.

Both the director of the first Harry Potter movie Christopher Columbus and its producer David Heyman agree that Stuart Craig is, in fact, a genius.

He brought J.K. Rowling's world of Hogwarts to life.

Actually, Craig developed his own drawings for the set from a hand drawn top view of the castle and the grounds by J.K. Rowling herself.

But it took the Stuart Craig magic - real magic - to bring it to life on the screen... 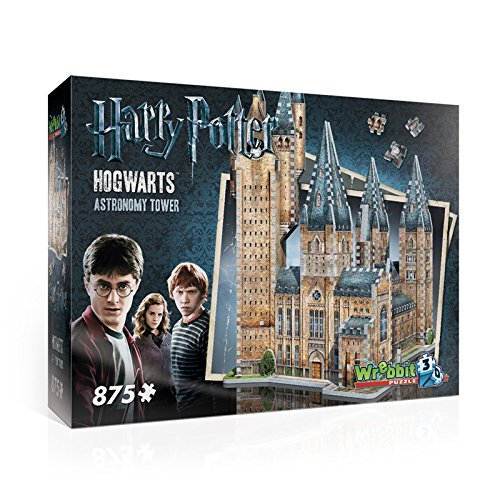 But in all movie making, when expectations and images have been set up in the mind of the readers and fans, there are bound to be problems with recreating that world - no matter how faithful and determined you are!

As the series developed and they had to go on different locations to get the right look and feel for each movie, the places they used weren't always conducive to recreating the castle.

According to Craig, there were always places in universities like Oxford and Cambridge in England where there were...

"...bits that didn't blend too well for the scenes of Hogwarts. I believe that in certain aspects we failed. I'm thinking specifically of the exterior of Hogwarts. When it was put together it didn't amount to a really successful, iconic silhouette."

Gee Stuart, I think you're being a little hard on yourself there.

But I suppose that's one reason why the Harry Potter series is so successful and so popular.

It's because you have individuals like Stuart Craig who are perfectionists and who won't accept anything but the highest standards for their work.

I think you should get a medal AND be knighted Stuart! (Probably inside the castle itself :))

Really though, many scenes that are 'inside' the castle are truly breath-taking.

The 'Great Hall' for instance, which was based on Christ Church College in Oxford but built as an entire set at the Leavesden studios, is a fantastic creation in and of itself.

Used over the series, I think it has an authenticity to it because it wasn't just made out of cardboard and polystyrene, but real wood and stone.

When Bellatrix Lestrange climbs on the tables in the Half Blood Prince, kicking and smashing glass and working her evil spells inside the Great Hall, you almost feel like you've been defiled.

You definitely experience a feeling of outrage as she proceeds to carry out the ultimate act of malicious damage inside the castle.

She's like a foreign virus in the blood that definitely shouldn't be there.

And what about when you get a great and dramatic view of the castle as Harry tries to outrun the 'Hungarian Horn-tail' in the Goblet of Fire?

The scene looks and sounds so real as the dragon clings to the tiled roof and the tiles crumble in its grasp like brittle biscuits.

I also love how the roar of the dragon echoes around the valley where the castle is nestled.

After all is said and done all these images build up in your head to create a place that feels so much like...home.

Read about the Harry Potter characters as they experience great adventures inside and outside of the magical Castle...