Daniel Radcliffe Harry Potter Quote: “I was in the bath at the time, and my dad came running in and said, 'Guess who they want to play Harry Potter!?' and I started to cry. It was probably the best moment of my life.”

Daniel Radcliffe is a part of a "once in 40 year's phenomenon".

Forty years ago it was the Beatles.

Now it's Harry Potter starring Radcliffe, and both English!

But seriously, how lucky was Radcliffe to be in the right place at the right time to get such a great movie part?

That's not to say he isn't talented and deserves the part because he obviously is AND deserves to be in such an enviable position.

If you look at his post-Potter career I think most reasonably minded critics would have to say he's doing well.

If you doubt his ability he wouldn't have got the other parts in both film and theatre such as the lead in How to Succeed in Business Without Really Trying and Equus.

Then there's the part he had in an Australian production of The December Boys.

And even before Harry Potter, Radcliffe was in a BBC production of Charles Dickens's David Copperfield. He couldn't have just fluked those performances I think you'll agree.

Indeed, all of the eight Harry Potter films have been world-wide box-office smashes, notwithstanding the bad critical review he received for some of them with some critics labeling his performances as "wooden".

Honestly, I think some of those critics just write that crap because they're just trying to create controversy!

I'd say just go back and review the films again and watch the development of his acting ability over the years.

But enough of the negative critics.

I'd rather focus on the positive life achievements of Daniel Radcliffe.

When you research his life you come to the conclusion that there really is something as 'fate'.

I mean, what are the odds of him landing the part in Harry Potter when over 16,000 hopefuls went for the part?

And who should be in the audience of a theatre show when Daniel Radcliffe and his father were there?

Just the producer and writer of the Harry Potter movies David Heyman and Steve Kloves!

Heyman thought that Radcliffe looked uncannily like the Harry Potter on the book covers and had a "gut feeling" that he might be the one they were looking for.

But away from Harry Potter it is said that Radcliffe quietly works behind the scenes to help others in a less fortunate position than himself.

He also uses his profile to bring attention to worthy causes.

Here's a little video about the "Trevor Project" which strives to alleviate the pain and suffering of gay teen suicide... 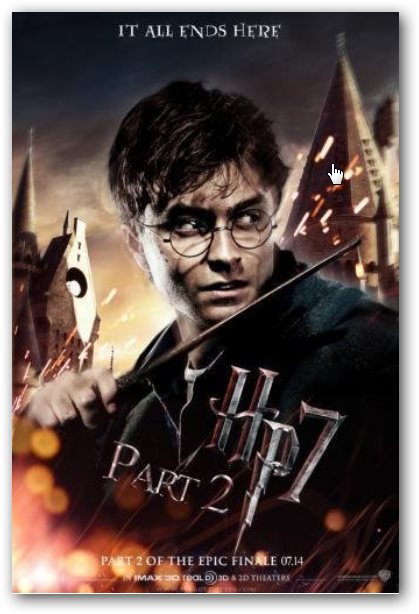 I really like the way Daniel Radcliffe is always self-effacing in these types of interviews and you'll notice, he always turns the attention away from himself and focuses on other people and their needs or abilities or contributions.

It's rare for one so young, brought up in the full attention of the media and known world-wide but has absolutely no negative, over-the-top ego.

Those people are so boring and self-centered and you think to yourself "what's the point".

Everyone's going to remember you as a "prat" for a start but more importantly, you're not going to achieve anything of worth behaving like that.

I think Daniel Radcliffe will have the satisfaction of knowing that even beyond the joy he has brought to others via the Harry Potter series, he has done something even more worthwhile in a humanitarian sense and he can be well pleased with himself!

See how popular an actor and person Daniel Radcliffe is by going here...